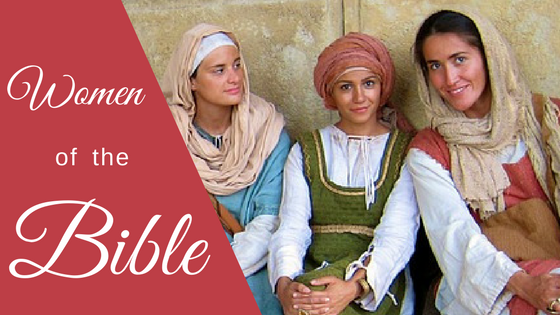 A Help Meet for Him

Genesis 2:18-24 And the LORD God said, “It is not good that the man should be alone; I will make him a help meet for him.” And out of the ground the LORD God formed every beast of the field, and every fowl of the air; and brought them unto Adam to see what he would call them: and whatsoever Adam called every living creature, that was the name thereof. And Adam gave names to all cattle, and to the fowl of the air, and to every beast of the field; but for Adam there was not found an help meet for him. And the LORD God caused a deep sleep to fall upon Adam, and he slept: and He took one of his ribs, and closed up the flesh instead thereof; And the rib, which the LORD God had taken from man, made He a woman, and brought her unto the man. And Adam said, “This is now bone of my bones, and flesh of my flesh: she shall be called Woman, because she was taken out of Man.” Therefore shall a man leave his father and his mother, and shall cleave unto his wife: and they shall be one flesh.

“Man’s best friend is his dog.” How many of you believe that? While it is true that there is often a strong bond between a man and his dog, there is no substitute for having a wife. Men also have significant friendships with other men. Adam had no other men at first, but when God said he needed a companion, He did not create another man; He created a woman.

Before I go any further, let’s look at how God created the woman. This passage clearly states that man and all other living creatures were created from the dust of the ground, but God had a different plan for the woman. She was special. She was unique. To create the woman, God took a rib from out of the man. Perhaps that is why, once you have found your soul mate, you no longer feel complete without him or her. Indeed, the two of you are a part of each other.

Have you heard of the term helpmeet? It comes from this passage, and it means “a counterpart of himself, a perfect resemblance of his person.” This implies that the woman was to be a perfect resemblance of the man, possessing neither inferiority nor superiority, but being in all things like and equal to himself. One of the chief tenets of Christianity that sets it apart from other religions is the high esteem given to women, and this esteem comes directly from God.

2 Corinthians 11:3 But I fear, lest by any means, as the serpent beguiled Eve through his subtlety, so your minds should be corrupted from the simplicity that is in Christ.

Here Paul warns the believers in Corinth against being deceived, as Eve was deceived (beguiled) by the serpent. That serpent was a smooth-talker. He had just enough truth in what he said to make it sound believable. That is how the devil works. He knows he can’t get us to believe an out-and-out lie, so he sugar-coats it with just enough truth to make it palatable. How can we know the truth from a half-truth? The same way a bank teller learns to recognize counterfeit money—by studying the real thing. If you know what the truth looks like, feels like, smells like, and sounds like, then you will not be deceived by error.

1 Timothy 2:9-15 In like manner also, that women adorn themselves in modest apparel, with decency and propriety; not with braided hair, or gold, or pearls, or costly array; But (as becomes women professing godliness) with good works. Let the woman learn in silence with all subjection. But I permit not a woman to teach, nor to have authority over the man, but to be in silence. For Adam was first formed, then Eve. And Adam was not deceived, but the woman being deceived was in the transgression. Yet she shall be saved in childbearing, if they continue in faith and love and holiness with propriety.

Here Paul is teaching the young pastor Timothy how to instruct the women of the church. This passage has been interpreted many different ways, but I would like to suggest that Paul is not advocating a spirit of legalism, nor am I. Let’s examine it for a moment.

That women adorn themselves…. He is not suggesting that braided hair, jewelry, and expensive clothing are wrong, but that our emphasis should be on the inward beauty rather than outward beauty. All too often we women put hours of preparation into making our faces and bodies look attractive, but we neglect the matters of the heart.

Let the woman learn in silence…. In the church, the woman is to be a learner, not a teacher. She may teach other women—indeed, she ought to be teaching the younger women—but she has no business teaching or preaching to the men. Other passages support this as well. For instance, among the qualifications for a pastor/elder/bishop, he is to be the husband of one wife (1Tim. 3:2; Tit. 1:6). A woman is disqualified right there. I know this will step on toes, but there is no way around it. The Bible is very clear on this point.

“But why?” you may ask. Here in the first epistle to Timothy, Paul presents Eve as an example of the reason why women are not to have a place of authority in the church. Adam was made out of the dust of the earth and given dominion over all creation. Eve was then created from Adam’s rib to be his companion, not his lord. She was not designed to exert authority over the man. She was formed from him, for him, for his use, service, help, and comfort. This is why the woman should be in subjection to the man, not because she is inferior, for she is not, but because she was made from him and for him. So woman’s subjection to man is according to the laws of nature and creation, and was established before the fall, before sin came into the world.

Adam was not deceived…. The fall compounded things. The devil, in the form of the serpent, deceived Eve. She honestly believed that they would not die, but would be as gods, knowing good and evil. Adam, on the other hand, partook of the forbidden fruit knowing full well that he was doing wrong. He was not deceived. He knew the consequences, and yet he chose to disobey God out of love for his wife, so that she would not die alone. They both sinned, but his sin was the greater because he sinned wilfully. That is why the curse of sin is passed down through the father. Eve was deceived. She did not know what she was doing. That is why Eve, the woman, should take the place of the learner, and let Adam, the man, be the teacher. Just imagine if Eve had told that serpent, “Let me go ask my husband first.” Perhaps the serpent would have been defeated that day in the garden.

She shall be saved in childbearing…. You may remember that part of the curse upon the woman was that she would have pain in childbirth. However, this verse is not talking about either literal or spiritual salvation through childbearing. Think of it this way: “There is salvation through the birth of a Son.” The fall of man came through the deception of a woman. Even so, the redemption of man came through the faith of a woman, for this verse speaks of the birth of Immanuel, God with us, the Savior who was born of a virgin to be our Redeemer. Hallelujah!

God’s most precious gift to man came through a woman—the gift of salvation through the incarnate Messiah. All men and women who believe in Him with a faith which works by love and shows itself in holiness and sobriety can have this wonderful gift. There are some who profess these things, but have only a temporary faith and feigned love, and not true holiness. These will fall away, for they are not saved. God desires that we would love Him sincerely, out of a pure heart. Have you received God’s most precious gift?