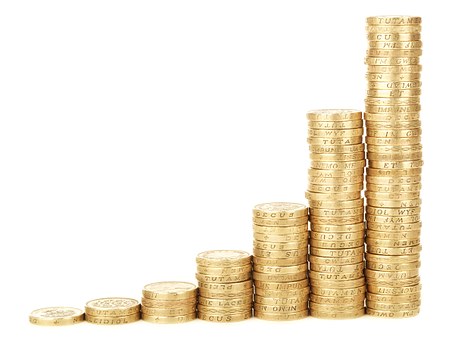 from the Epistle to Philemon

Amazing grace, how sweet the sound
That saved a wretch like me.
I ran away, but then I found
That God would set me free.

My given name, Onesimus,
Was not first evident;
I lived a life full blasphemous,
Unwilling to repent.

I fled my master’s domicile,
I ran away to Rome.
But after I had stayed a while,
Paul kindly led me Home.

He showed me Christ, the Son of God,
Who ransomed me from sin,
Who lifted me from filthy sod
And made me new within.

And now I want to serve the Lord
And my dear brothers, too;
His lovingkindness my reward,
His way my avenue.

Names in the Bible often carried great significance. The name Onesimus means “profitable.” But this man certainly did not live up to his name—at least, not at first.

In New Testament times, slavery was very common. Passages such as this one address slavery, though they do not condone it. The writers simply accepted it as a part of the fabric of their lives. Slavery was not a racial issue, but an economic one. Most slaves were debtors, some were prisoners of war, and believe it or not, others chose servitude because they wanted the master to provide all their needs. These were called “bondslaves.”

The treatment of slaves varied from household to household. Some masters were cruel, raping and otherwise abusing their slaves. Some punished them severely, even to th e point of death, for misdemeanors. But others were kind and treated their slaves like family. From what we know of Philemon, he was that kind of master: a loving and just man who treated everyone with kindness and impartiality. He was a good man to work for, so why did Onesimus run away? The passage also suggests that Onesimus stole from Philemon. Whether or not he stole jewelry, money, or the like, he certainly stole himself, as he too was property of the master.

Onesimus thought he could get lost in the crowd at Rome, but God knew exactly where he was and what he needed. In fact, it probably wasn’t long at all before the runaway slave came into contact with the apostle Paul. How did that happen? I don’t know for sure. Paul was in prison at the time. Perhaps Onesimus was caught and captured, though it is much more likely that he met another believer in the city who then introduced him to Paul. However it happened, this man’s life was about to be changed forever, for Paul loved him to Jesus, and Onesimus became a new man.

We can assume that some time passed while Onesimus remained in Rome, sitting at the feet of the apostle Paul, soaking in his teaching of God’s truths, and learning more about what it meant to follow Christ. But the day came when he had to return to face his master, Philemon. Paul wrote this letter of endorsement and sent it along with him, asking Philemon to forgive Onesimus and receive him back into the household, not only as a slave, but now also as a brother, promising to personally repay any loss Philemon had suffered at the hands of his runaway slave. The Bible does not offer any follow-up to this letter, but I believe Philemon did just as his mentor had asked of him, joyfully accepting Onesimus back into the household.

Why would such a personal letter be preserved in the canon of Scripture? For the edification of believers, of course. Forgiveness is a huge and difficult matter, as I will share with you in days to come. In fact, tomorrow I’m going to make myself very vulnerable to you because I believe someone out there needs to understand in no uncertain terms that God is interested in every situation and in every life. And there is nothing so big, so ugly, so horrible, that He cannot transform it into something beautiful.