The mighty God, even the LORD, has spoken,
and called the earth from the rising of the sun unto the going down thereof.
Out of Zion, the perfection of beauty, God has shined.
Our God shall come, and shall not keep silence:
a fire shall devour before Him, and it shall be very tempestuous round about Him.
He shall call to the heavens from above, and to the earth, that He may judge His people.
“Gather My saints together unto Me; those that have made a covenant with Me by sacrifice.”
And the heavens shall declare His righteousness: for God is judge Himself. Selah. 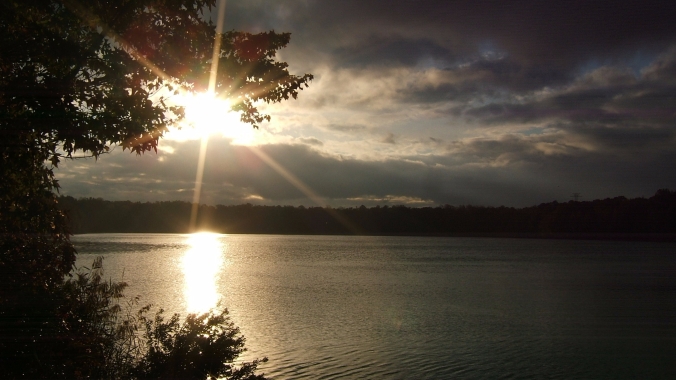 “Hear, O My people, and I will speak;
O Israel, and I will testify against you. I am God, even your God.
I will not reprove you for your sacrifices or your burnt offerings,
to have been continually before Me.
I will take no bullock out of your house, nor he goat out of thy fold.
For every beast of the forest is Mine, and the cattle upon a thousand hills.
I know all the fowls of the mountains: and the wild beasts of the field are Mine.
If I were hungry, I would not tell you, for the world is Mine, and the fulness thereof.
Will I eat the flesh of bulls, or drink the blood of goats?
Offer unto God thanksgiving, and pay your vows unto the most High:
And call upon Me in the day of trouble: I will deliver you, and you shall glorify Me.”

But unto the wicked God says,
“What have you to do to declare My statutes,
or that you should take My covenant in your mouth?
Seeing you hate instruction, and cast My words behind you.
When you saw a thief, then you consented with him,
and have been partaker with adulterers.
You gave your mouth to evil, and your tongue frames deceit.
You sit and speak against your brother; you slander your own mother’s son.
These things have you done, and I kept silence.
You thought that I was altogether such a one as yourself.
But I will reprove you, and set them in order before your eyes.
Now consider this, you that forget God,
lest I tear you in pieces, and there be none to deliver.
Whoever offers praise glorifies Me:
and to him that orders his conversation aright will I show the salvation of God.”

Psalm 50 is the first of twelve psalms ascribed to Asaph, the others being Psalms 73-83. Asaph was a Levite, an eminent musician, and was appointed under King David as one of the choir directors for the temple worship, along with two other men, Heman and Ethan. Asaph was regarded as both a poet and a prophet by those who succeeded him (2 Chron. 29:30; Neh. 12:46), and this psalm certainly has a prophetic sound to it.

Nothing is known of the occasion for which Psalm 50 was written, but its purpose was to stress the importance of a right relationship with God over a mere form of religious worship. The levitical law had a good many commands that had to be carried out in just the right way, for they were a figure of God’s eternal plan of redemption which was to come through the person and work of the Lord Jesus Christ. These sacrifices alone could not guarantee man’s redemption, for they were merely a picture, a demonstration. And without wise instruction from godly leaders, it was all too easy to fall into the trap of ritualism. What is worse, many of the priests rejected God’s plan entirely, perverting the teachings of the law to suit their own needs and thereby leading many others astray.
There are three parts to Psalm 50: the introduction, the address to those who have a form of godliness, and the address to the ungodly.

In the introduction (vv.1-6), Asaph warns that a day of judgment is coming for God’s people (v.4). Here he paints a magnificent setting that encompasses the entire land, from east to west, as God Himself sits in judgment upon the mercy seat in the temple in Jerusalem. A bright light emanates from God Himself. Fire and tempest go before Him, and He calls to the heavens above and to the earth beneath. You get the impression that no one will escape this judgment. And He makes absolutely clear who will be summonsed, for He does not here refer to the people as Israel, but as His “saints… those that have made a covenant with [Him] by sacrifice” (v.5).

In the second part (vv.7-15) God addresses those who have a form of godliness. Right from the start He says that He will not reprove them for their offerings. After all, they are supposed to bring their offerings and sacrifices to the Lord; it’s commanded in the Law. But they are bringing them with the attitude that they are doing God a favor. God does not need their lambs or their bullocks, for it’s all His anyway.

How hard is that? Really. How hard is that? The long and the short of it is that God wants their worship to proceed from their hearts. He wants a relationship with them. They serve a living God, and as such, He desires to walk and talk with them on a daily basis. He is their Father, Abba, Daddy, and He craves that intimacy with them.

Now in the third and final section (vv.16-23) God speaks to the wicked. These are the religious leaders, the priests, who are leading people astray by perverting the teachings of the Law (vv.16-17). First of all, He calls them into question, saying, “What right do you have to teach My Law, seeing you hate it and have cast it aside (vv.16-17)? He names certain of their sins as well. They consort with thieves, partake with adulterers, and speak all kinds of evil (i.e. malice, slander, deceit). God has remained silent until now. In fact, they have gotten away with their sin for so long that they believe God is on their side (v.21a). In a way, He is on their side, for He is not willing that any should perish, but that all should come to repentance (2 Pet. 3:9). His silence is not approval, but patience and long-suffering. Yet so far they have made no move toward repentance. Now God is giving them a warning. But if they will not heed the warning, then they may be assured that judgment will come (v.22).

It is interesting to note that in the last verse of Psalm 50, as God continues to address the wicked, He still affirms that what He wants most of all from them is a sacrifice of praise (v.16). God’s demands are not difficult. He is not looking for someone who can keep the Law perfectly. The Law is lengthy, and stringent, and impossible to keep in every part. That’s because God wants them to look to the Savior, not the Law, for both redemption and sanctification.

Sometimes the truth is hard to find because those who have been entrusted to deliver it have failed in their commission, whether by distilling it with error (syncretism) or by putting it on the shelf and keeping silent. Psalm 50 concludes with the words: And to him that orders his conversation aright will I show the salvation of God. The idea here is, that where there is a true desire to walk in the right path, God will impart the needed instruction. He will not leave you to wander away and be lost. I’ve heard many stories of how someone prayed to know the truth, and God sent someone their way who could deliver and explain the Good News. Second Peter 3:9 is  mentioned above, but it bears repeating:

The Lord is not slack concerning His promise, as some men count slackness; but is longsuffering toward us, not willing that any should perish, but that all should come to repentance.

Psalm 50 was written to the nation of Israel, but do not dismiss it as an old warning to an old people. God’s Word is alive, it is current, and it is for today. All Scripture is given for our learning. So be encouraged by Psalm 50. And if needed, be warned. God wants to be your Father. He wants you to worship Him from the heart, lifting up your sacrifices of praise.