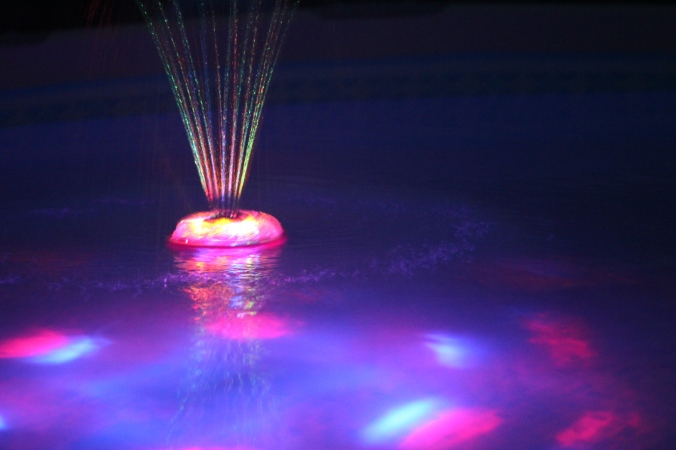 As the sun goes down of an evening, the floating fountain fills the pool with a glow of colors. It is hard to escape being mesmerized by the changing scene as it rotates through the reds, yellows, blues, and greens.

Today I am publishing from WordCamp Birmingham! It’s exciting to be here, and I’m learning so much my head is about to explode. (That’s a good thing that has nothing to do with migraines. No migraines here today.) 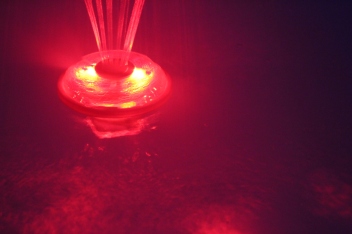 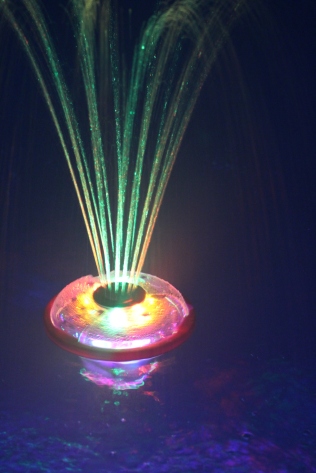 There was a man in the Bible whose face quite literally glowed after he had spent time with God. His name was Moses. He had been up on Mount Sinai, receiving the Law directly from God while Joshua waited a little further down the mountain, and all the rest of the Israelites were camped in the valley below. When he came down, the Bible says that he did not know that his face shone.

Out of consideration for the people, Moses wore a veil when he spoke with them, but he took it off whenever he went back up onto the mountain to speak with God. Moses had an incredibly close relationship with God. In fact,  Exodus 33:11 says, “And the LORD spoke to Moses face to face, as a man speaks to his friend.”

Moses was not more special than you or me. He was also a sinner saved by grace. You and I can have a close friend-to-friend relationship with God just like Moses did. Isn’t that wonderful! Consider this blessing:

God told Moses to confer this blessing upon Aaron and his sons. Aaron! While Moses was upon on the mountain communing with God, Aaron was leading the Israelites in idol worship, telling them that a golden calf, a creation of their own hands had led them out of Egypt! What a failure, right? But aren’t we all failures? Even Moses failed. When God told him to speak to the rock, he struck it in anger. Yes, we all fail. But that’s what makes this blessing so much the more precious. God is the God of second chances.

Tell me. When people look at you, can they tell that you have spent time with God?